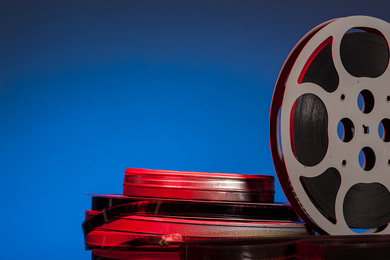 If you want to look back to see the first amateur film available on the market, you’ll want to read about 16mm film and its history. What you might find interesting in the history of 16mm film is in how it’s evolved to a point of never going away. In fact, new digital variations of 16mm are still being used today in TV production because of its more economical price.

Yes, 16mm has always been a cheaper alternative film, even though it’s provided a lot of usefulness for multiple generations.

The Beginnings of 16mm Film 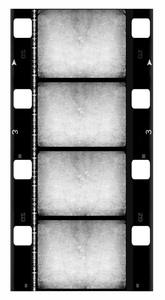 During the early days of the professional film industry, 35mm became a standard format for many of the silent films people saw in theaters. Around that time, Kodak developed the first amateur film available on the market at about half the size of professional film. 16mm film was a way for anyone to capture short, silent films of family events or anything random. The aspect ratio was the standard box-shaped 1.37, and the film rolls could generally hold just over 10 minutes of footage.

In 1923, when it was first introduced, the nascent Hollywood industry shunned it as being inferior to 35mm. While that was obvious, the home market for the format burgeoned on up through the 1930s when 8mm was introduced as a slightly cheaper alternative. 16mm co-existed successfully with 8mm on the home market and finally became adopted by studios making educational films. During World War II, especially, many educational films were produced on 16mm that were shown in schools. Plus, by the 1930s, 16mm and 8mm films were available with soundtracks. 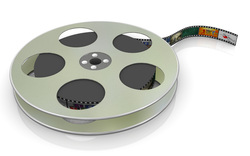 As with 8mm, new variations of 16mm film started popping up, including Super 16mm that allowed for a slightly larger picture. While 8mm started becoming more of a standard for home movie cameras by the 1950s, 16mm was far from done. In fact, it was Great Britain that managed to take it into the professional arena where it’s grown ever since.

The Role of the BBC in Making 16mm Professional

Back in the 1950s, the British Broadcasting Corporation had a limited budget and ended up adopting 16mm as the main film stock used for their broadcasts. It’s been a long development since then. In fact, it’s come to a format war over the recent banning of digital 16mm at the BBC. It seems, though, that the British managed to get 16mm into professional arenas when it could have easily become obsolete. 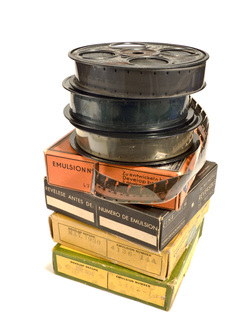 In the United States, 16mm continues to exist while managing to find its way into the digital world. Some movies and TV shows still use 16mm film as a cheaper alternative with beautiful transfers to high definition. AMC’s “The Walking Dead”, for instance, shoots on Super 16mm. They did a celebration last year when using one million feet of Kodak’s Super 16mm film. It still exists for the amateur market as well, even though it requires specialty cameras to use. For amateur filmmaking, it can create a certain look for stylistic purposes.

As far as older 16mm films that go back to the 1920s, you or a family member might have some stored away in a closet, attic or basement. They may contain precious footage of your grandparents or even great-grandparents and should be preserved forever. Here at Click-Scan-Share, we can do that for you, by transferring your 16mm films to a gold DVD that will last you for several generations. Our transfers to DVD are done meticulously so we can assure your old family films are preserved for years