When you look at the history of VHS video tapes since the 1970s, it can be startling to see how much has been forgotten about it in the DVD era. This isn’t to say that you won’t find a contingent of people around the world who still admire the VHS format as a novelty. But how VHS works is a little complicated compared to DVD, despite VHS holding up well without massive tape breaks. 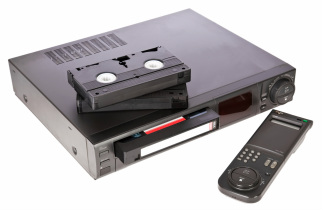 In case you never knew, VHS stood for Video Home System. That’s because it was intended as a way to record television out of our homes much earlier than when it finally hit the marketplace. Videotape and the video tape recorder was already developed in 1956 by AMPEX for use strictly in television productions. You still see TV footage of early black and white video from this era, even though it wasn’t in wide use until the early 1960s.

Eventually, Japan began working on a prototype for a home-based recording device that would require a particular tape format. This was in 1971, and various delays didn’t get a video home recorder in America until the mid to late 1970s. However, a format war developed between which tape would be utilized: Betamax or VHS.

Even into the mid 1980s, many people who went to rent movies then will remember seeing a choice between renting a VHS tape or Betamax. Ultimately, VHS became the standard up until the DVD superseded the format in the mid 2000s.

How a VHS Tape Works 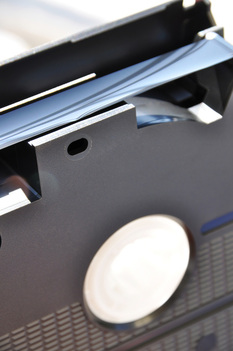 The design of VHS tapes has always been consistent as a black shell encasing two spools that thread magnetic tape. It can record at various speeds, including up to 6 hours as a strong suit when compared to today’s DVR’s. Nevertheless, tape quality was always better when recorded in standard mode at two hours. This varied based on the international format of the VHS tape.

In America, the NTSC format was quite different from the PAL format seen in the United Kingdom. In the UK, recording lengths were a little longer in standard mode.

As overplayed VHS tapes aged, it was possible for the tape to become brittle and break. Also, much like audio cassette tapes, old and overplayed VHS tape can loop up inside the casing and require some considerable time to fix. VHS can still hold up well if not played hundreds of times over a period of 20 years and stored in a dry cool place. Unfortunately, many people understandably played their VHS movies until they wore out.

The Evolution of VHS 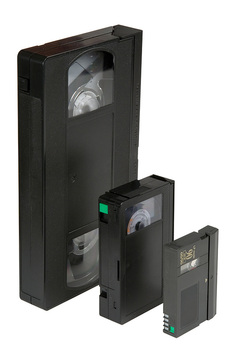 Much like home movie film stock, improvements were attempted to make a VHS image clearer before DVD’s made VHS undesirable. Those who lived in the 1980s and 1990s will remember Super VHS that improved the lines of resolution to 400. That format became popular during the video camera era, though never in the TV recording market because the tapes were more expensive.

Other formats included VHS-C (for compact) that were smaller size VHS tapes suited for camcorders. These didn’t record with as much time as a standard tape. Even so, the portability stayed popular for a number of years.

Bridging the gap between VHS and high-definition was a High Definition VHS (W-VHS) that was only available in Japan up until the late 2000s. It could record 720p and 1080i analog resolution in tape format.

Today, VHS is no longer supported by any major company, and there isn’t a single studio movie being sold in the format. Now it strictly finds life in the collectors market where artwork on the box of studio-released VHS films becomes a real draw. 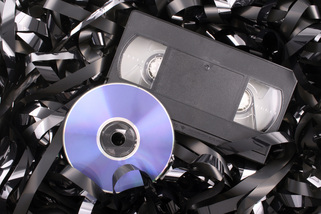 Perhaps you have old VHS home movies still sitting around that need to be transferred to DVD. Considering both the obsolescence of the format and how rapidly VHS tape deteriorates over time (8-12 years), don’t hesitate to do that transfer now at Click-Scan-Share. We cover all your photography and digital transfer needs with commitment to quality and detail. Contact us today and come visit our stores in San Diego, San Francisco and Chicago.